Posted at 11:09h in Adults by Jenny Goodemote
0 Likes Mother’s Century: A Survivor, Her People and Her Times is the “bio­history” of Margarete Sobel Hermann, the author’s mother and role model, who lived 101 tumultuous and productive years. Her life spanned 95 percent of the twentieth century, during which she and her family experienced much of the good, the bad and the exceptionally ugly that marked that most violent of eras.

Born into a middle­class Jewish family in Imperial Vienna, she survived the First World War, famine and starvation, runaway inflation, political turmoil that makes what we are undergoing today pale in comparison, discrimination, street violence, the Great Depression, the Nazi takeover of Austria, the Holocaust during which scores of her relatives perished in the death camps, and the daunting task of getting herself and her family out of Europe to America. Once in the United States, she faced and overcame the formidable task of creating a new life for herself. 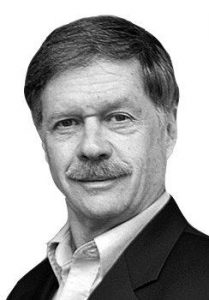 Richard L. Hermann is the author of 11 books, including the award­-winning Managing Your Legal Career and most recently, Encounters: Ten Appointments with History. He is an attorney, a former law professor, and the founder and president of Federal Reports Inc. (sold to Thomson Reuters in 2007). He writes a weekly op­ed column and a legal blog (legalcareerview.com). Hermann is a graduate of Yale University, the New School University, Cornell Law School and the U.S. Army Judge Advocate General’s School. He also served with the U.S. Army Atomic Demolition Munitions Team in Germany. He lives with his wife, Anne, in Arlington, Virginia and Canandaigua, New York.

Copies of Mother’s Century will be available for purchase for $20 in cash or check.